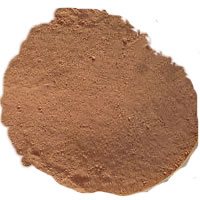 Why Do People Use Acacia?

Acacia powder is usually considered safe as long as it is used in amounts commonly found in food items. In the US, Acacia bark powder has Generally Recognized as Safe Status (GRAS) for use. Acacia powder is possibly safe when used in appropriate doses for medicinal uses. Acacia Catechu extract, used in combination with Baikal skullcup flavonoid extract called favocoxid (Limbrel, Primus Pharmaceuticals); dose 250-500 mg, has been studied in clinical trials lasting for 4-12 weeks. However, researchers have shown some concerns that long term use of this combination may cause damage to the liver. There have been at least 34 different reports where patients taking this combination experienced liver damage. This side effect may be due to the hypersensitivity reactions elicited by this combination in some patients. Still, the incidence of this side effect in people is limited and has been estimated to as much as 1 case in 10,000 individuals. It is generally considered safe when used in amounts generally present in food items. But there is lack of reliable information to rate the safety of acacia bark powder in pregnant and nursing mothers.

How Effective Is Acacia?

The results of some preliminary have shown that taking extracts of acacia catechu used in combination with Baikal skullcap flavonoid extract may reduce the symptoms of osteoarthritis. However, the result of these studies are not very due to poor design of studies used.

Leaves and stems make the applicable part of acacia catechu. Acacia powder is rich in several active constituents including fiseitn, tannins, gambrine and catechin. Tannins present in acacia bark powder are responsible for its astringent and bacteria killing properties. Catechin causes narrowing of blood vessels. Results of some clinical studies have shown that fisetin and catechins present in acacia catechu might be responsible for its hepatoprotective properties. Catechin has also shown to protect against ulcers produced in animals in experimental studies. Some clinical studies have shown that acacia bark powder can cause dilatation of blood vessels and may therefore be responsible for causing hypotension. Gambrine in acacia catechu is held responsible for this effect. Clinical studies have suggested that acacia powder may also inhibit the activity of cyclooxygenase 1 (COX-1). Results of experiments conducted on animal models have suggested that combination of acacia catechu and skullcap extracts can inhibit the function of several inflammatory cascades including 5-lipooxygenase pathway (5-LOX), cyclooxygenase 1 pathway (COX-1) and cyclooxygenase 2 pathway (COX-2). Methylcatechin, a major metabolite of catechin, puts a stop to the adhesion of monocytes to the walls of blood vessels. This is also suggests that catechins in acacia powder may have protective effect against atherosclerosis.

What Are The Side Effects /Adverse Reactions of Acacia?

Acacia powder and acacia bark powder are generally tolerated well. Clinical trials evaluating the safety of use of acacia catechu have shown that using acacia powder in combination with skullcap extracts didn’t cause any serious side effects. However, some evidence points that use of this combination may cause liver injury. Several case reports have been published where patients presented with symptoms of liver injury following the use of this combination. These patients were mostly females and were between ages 57-68 years. In all the cases reported, the patients were using this combination in a dose of 250-500 mg two times on daily basis. Symptoms of liver injury started to surface within 1-3 months once the use of the product was started. Major symptoms of liver damage included rash, jaundice, fever, pruritus and abdominal pain. Whether this product actually inflicts some damage to the liver is still unknown. Some researchers speculate that these side effects may be common in individuals that are hypersensitive to the use of these products. According to some estimates, the overall incidence of side effects in patients using this supplement is not more than 1 case per 10,000 users.

How Acacia Interacts With Other Herbs and Supplements?

Due to hypotensive effects of its own, acacia powder should not be used with other hypotension causing herbs and supplements.

How Acacia Interacts With Drugs?

Antihypertensive Drugs - A moderate additional hypotensive effect may be observed with the concomitant use of acacia bark powder and antihypertensive drugs.

How Acacia Interacts With Foods?

There are no reports of interaction between acacia bark powder and different food items.

How Acacia Interacts With Lab Tests?

There have been no reports of interaction between acacia powder with lab tests.

How Acacia Interacts With Diseases and Conditions?

What Should Be the Dose/Administration of Acacia?

For osteoarthritis, a combination of acacia extract and skullcap extract should be used in amounts 500 mg twice daily.

Although acacia catechu and black catechu are quite different but they are used in the same dose and for same purposes.