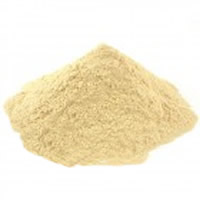 Why Do People Use Almond?

Oral preparations of Prunus dulcis (Almond), like almond powder, are used as a mild laxative and as a medicine for various type of cancer of the breast, bladder, spleen, mouth and uterus. Topically - Almond is also applied to the skin as an emollient for chapped skin, as a weak antibacterial and to soothe mucous membranes (as a demulcent). Parentally - Almond is utilized parentally as a solvent agent for injectable drugs. As Food = Almonds, themselves, are used as a food item. In Manufacturing Practices - Almond is used commonly in cosmetic products.

How Effective Is Almond?

There is insufficient information available to determine the effectiveness of almond powder.

The most effective parts of Prunus dulcis are the hull and kernel as well as oil obtained from the almond kernel. Almond oil further consists of largely dioleolinolein, triolein and fatty acids such as linoleic, oleic, stearic, palmitic, myristic, lauric and palmitoleic acids. Almond kernels also consist of daucosterol, sphingolipids and beta sitosterol. The skin of the kernels contains antioxidant and phenolic compounds including naringenin, quercetin, vanillic and catechin acid. Almond hulls contain catechins, ursolic acid and the terpenes betulinic acid, ursolic acid and oleanolic acid which are being studied for antiviral, anticancer and anti-inflammatory properties.

What Are The Side Effects /Adverse Reactions of Almond?

How Almond Interacts With Other Herbs and Supplements?

There is no known interaction between almond powder and various supplements & herbs.

How Almond Interacts With Drugs?

There is no known interaction between Prunus dulcis and other drug containing items.

How Almond Interacts With Foods?

How Almond Interacts With Lab Tests?

How Almond Interacts With Diseases and Conditions?

What Should Be the Dose/Administration of Almond?

There is no typical dosage of almond when used orally or topically.