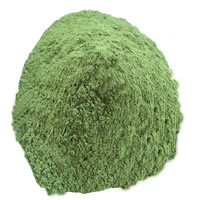 Why Do People Use Andrographis?

How Effective Is Andrographis?

For Common Cold - Many clinical experiments have demonstrated that oral consumption of a particular andrographis extract, when used in combination with Siberian ginseng, improves common cold within 72 hours. Some symptoms may show improvement following 2 days of treatment. It commonly takes 4 to 5 days of treatment before there is maximal relief from the symptoms of common cold. Results of clinical studies recommend that when children are treated with a mixture of Siberian ginseng and andrographis powder, the relief from cold is more pronounced as compared to the use of placebo drugs or Echinacea. Pharyngotonsillitis - Some clinical experiments demonstrate that use of andrographis in a dosage of 6 grams every day is equivalent to acetaminophen treatment lasting 3-7 days of treatment for sore throat and low fever (as seen in pharyngotonsillitis). Influenza - Regarding influenza, some of the clinical research recommends that taking an extract of Andrographis along with Siberian ginseng could provide quick relief from influenza as compare to amantadine.

Rhizomes and leaves are the applicable parts of Andrographis. Deoxyandrographolide, Andrographolide and different diterpenes are its major active constituents. Despite the fact that andrographis powder is utilized for a variety of indication in herbal and Ayurveda, clinical confirmations of effectiveness in human beings is limited for several conditions including common cold. Andrographis paniculata is typically utilized for the cure of infectious disorders. Results of a study showed that andrographis has no antibacterial action. However, some proof indicates the potential benefits against Toxoplasma gondii, human roundworm, malaria, and E. coli enterotoxin secretion. Individuals use andrographis powder for HIV and AIDS on the grounds that some of its constituents have been found to have anti-HIV activity in vitro. High doses of the andrographolide (in purified form) constituent can build Cd4+ cell counts in HIV affected patients. Some studies have also found that anticancer agents also are present in Andrographis paniculata. Results of in vitro analysis showed that concentrates of andrographis repress multiplication of HT-29 colon cancer cells. These constituents additionally inhibit the proliferation of breast, lung, prostate, ovarian, skin, brain and renal cancer cells in vitro. Abortifacient activity of Andrographis is reported in recent investigations. However, the mechanism of action is not known. Early evidences propose that andrographis powder has delirious effects on both female and male fertility. For animals, andrographis reduces their fertility in both genders; but this has not been proved in humans.

What Are The Side Effects /Adverse Reactions of Andrographis?

Andrographis powder in most cases is well tolerated. Some reported side effects include runny nose, dizziness, metallic taste, decreased short-term memory, drowsiness, allergic reactions, headache, fatigue, diarrhea, vomiting complaints, dry mouth, heartburn issue, nausea urticaria. Use of large doses of andrographis powder may result in anorexia, gastrointestinal (GI) discomfort, and emesis. Use of purified andrographolide constituents in high doses (as much as 5 mg per kg three times every day) may cause anaphylactic reactions, fatigue, headache, rashes, diarrhea, lymphadenopathy, and itching problems. The constituent of andrographolide may also cause imbalance of liver enzymes for example, ALT. Some researches recommend that use of andrographis may deteriorate female and male fertility, but this has not yet been proved in humans.

How Andrographis Interacts With Other Herbs and Supplements?

How Andrographis Interacts With Drugs?

How Andrographis Interacts With Foods?

How Andrographis Interacts With Lab Tests?

How Andrographis Interacts With Diseases and Conditions?

Autoimmune Diseases - Immunostimulant effects may be seen with the use of Andrographis. Autoimmune disorders may worsen due to this effect. Tell patients with autoimmune diseases like systemic lupus erythematosus (SLE), multiple sclerosis and rheumatoid arthritis (RA) not to use this herb.

What Should Be the Dose/Administration of Andrographis?

For treating common cold, blend of a particular andrographis concentrate, containing 4-5.6 mg andrographolide, in combination with Siberian ginseng should be used in a dose of 400 mg, 3 times every day. In addition, for common cold, 200 mg dosage every day for consecutively five days every week has been utilized. For the treatment of sore throat and fever associated with pharyngotonsillitis, 3-6 grams every day has been utilized. Mixture of particular concentrate of andrographis about 178-266 mg, which contains 4-5.6 mg andrographolide, with Siberian ginseng 20-30 mg for three times day for 3-5 days has been utilized for the treatment of influenza.

Andrographis is a local herb in many Asian countries specially Sri Lanka. Its products have supposedly been utilized in Scandinavia for several decades.