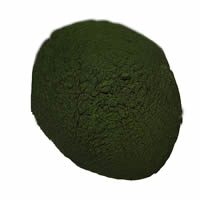 Why Do People Use Blue Green Algae?

Orally, Klamath blue green algae (blue green algae) are used in the form of blue green algae powder as a source of nutrients like iron, proteins and B-vitamins. The oral preparations of blue green algae are used for: • Decrease in weight. • Management of leukopenia. • Treatment of a number of gynecological and obstetric complications. • Lessening the symptoms of Attention Deficit Hyperactivity Disorder (ADHD) and a number of psychological illnesses like stress, disorders of depression and anxiety states. • Aiding in the treatment of premenstrual syndrome (PMS). • Cure of Allergic rhinitis. • Strengthening of memory. • Stimulating immune system for offering protection against HIV/AIDS. • Improving energy, metabolism and decreasing fatigue. • Cure of diabetes. • Management of blood cholesterol level and cardiovascular disease. • Speeding up the process of wound healing. • Treatment of Meige syndrome (blepharospasm). • Improving the health of gut and promoting proper digestion.

How Effective Is Blue Green Algae?

What Are The Side Effects /Adverse Reactions of Blue Green Algae?

The oral non-contaminated preparations of blue green algae powder seems to produce fewer side effects like edema, diarrhea, flatulence, bloating and stomach upset. However, toxic forms of Klamath blue green algae contaminated with Microcystis aeruginosa can produce serious side effects like toxicity of the liver, vomiting, jaundice, nausea, pain and distention of the abdomen, dehydration, rapid and feeble pulse, excessive weakness, shock and even death. These side effects are more common in children than in adults and appear within 30 minutes to 24 hours after ingestion. Some authorities show concern that Klamath blue green algae might worsen situation in patients with autoimmune disorder due to its ability to stimulate the immune system.

How Blue Green Algae Interacts With Other Herbs and Supplements?

There is no known interaction of blue green algae powder with different herbs and supplements.

Little is known about the interaction of Klamath blue green algae with food items.

Liver Function Tests - Use of blue green algae can elevate the results of liver function tests.

How Blue Green Algae Interacts With Diseases and Conditions?

What Should Be the Dose/Administration of Blue Green Algae?

Blue green algae are found both in fresh water lakes and alkaline waters.