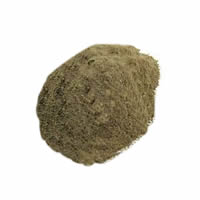 Why Do People Use Brahmi?

Likely safe - Brahmi powder is safe to use via oral route as long as it used in appropriate doses for appropriate duration. 12 weeks use of Bacopa monnieri is considered safe, as per some clinical experiments. Pregnancy and Lactation - For pregnancy and lactation there is insufficient reliable information available.

How Effective Is Brahmi?

Likely Effective for Cognitive Function - According to few clinical experiments, using certain brahmi extracts, like Flordis and KeenMind, for consecutively 12 weeks every day in a dosage of 300 mg, may improve some functions of human body including memory, verbal learning and information processing in healthy women and men. Another clinical experiment reveals that by using a mixture of brahmi extract (Natural Remedies and BacoMind) in a dosage of 300 mg every day for 12 weeks enhances memory, verbal learning and retention in healthy adults more than 55 years old. Likely ineffective for Irritable bowel syndrome (IBS) - For preventing IBS relapse, brahmi powder seems to be more productive as compared to placebo under some conditions. Regarding effectiveness of Brahmi there is insufficient reliable information available.

Most effective part of brahmi is its leaves. Bacopa monnieri pharmacological reactions are ascribed to the constituents of bacopasaponin and saponin bacoside. Some clinical studies recommend that refined bacosides A and B may encourage cognitive performance and learning ability of adult men and women. The possible mechanism for improved cognitive functions include choline acetylase activity, acetylcholine release modulation and muscarinic cholinergic receptor binding. The results of in vitro studies have shown that brahmi inhibits acetylcholinesterase action. Because of these cholinergic impacts, brahmi powder may be helpful for Alzheimer's diseases. There is a hypothesis that brahmi might possess neuroprotective impacts too. In vitro studies have shown that brahmi extracts seem to save neurons of body from death promoted by the accumulation beta-amyloid proteins. This may be linked with brahmi's inhibitory activity for acetylcholinesterase. It also appears to lessen intracellular levels of oxygen species, which could be helpful against cell death. Brahmi is also utilized as an "adaptogen" or general tonic for anxiety purpose. In animal tissue models, extracts of Bacopa monnieri seem to improve stressors adaptation reactions. It is also used to balance monoamine and corticosterone levels in test models of anxiety. For allergic reactions, brahmi powder is used as mast cell stabilizer.

What Are The Side Effects /Adverse Reactions of Brahmi?

The oral consumption of brahmi powder in some cases causes increase in stool frequency in 30% patient, another 16% experience abdominal cramps and 18% individuals experience nausea under some clinical experiments. Some other side effects due to utilization of brahmi are fatigue, dry mouth, bloating, flatulence, headache, less appetite, vivid dreams complaints and insomnia as well.

How Brahmi Interacts With Other Herbs and Supplements?

How Brahmi Interacts With Drugs?

How Brahmi Interacts With Foods?

How Brahmi Interacts With Lab Tests?

How Brahmi Interacts With Diseases and Conditions?

What Should Be the Dose/Administration of Brahmi?

Brahmi powder is most likely used to treat cognitive decline. For this purpose it should be used in a dosage of 300 mg every day. Flordis and KeenMind are such products that have been used commercially in clinical experiment.

In region of India, Brahmi is very famous herb for making Ayurvedic medicine. It might be helpful to improve human intelligence and memory and also for other critical purposes. The word brahmi came from Brahma, which means Hindu pantheon mystical creation. Merremia gangetica and Centella asiatica also associated to name brahmi, but most of medical groups relates it with Bacopa monnieri.