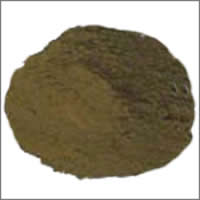 Why Do People Use Brown Algae?

How Effective Is Brown Algae?

There is insufficient reliable information available about the effectiveness of brown algae.

Brown algae contain pharmacologically active polyphenols called phlorotannins. These are polymers of phloroglucinol and include eckol, ventol, and triphlorethol-A.Sterol derivatives including fucosterol, ergosterol, and cholesterol are also provided by brown algae. Phlorotannin constituents of brown algae have antioxidant effects and inhibit lipid peroxidation in vitro. There is interest in brown algae for preventing cancer due to the antioxidant effects of phlorotannin constituents. In vitro, the eckol constituent of brown algae protects lung fibroblasts against oxidative damage. Crude polyphenol extracts of brown algae also seem to decrease proliferation of cancer cells in vitro. Phlorotannins from brown algae also appear to protect against gamma-ray radiation exposure. Some research shows that triphlorethol-A from brown algae reduces oxidative cellular damage caused by radiation exposure in vitro. The eckol constituent also seems to decrease mortality in animal models of lethal irradiation. There is also interest in brown algae for preventing osteoarthritis due to the antioxidant and potential anti-inflammatory effects of brown algae constituents. In addition to antioxidant effects, phlorotannin-rich extracts of brown algae appear to reduce production of inflammatory prostaglandins, inhibit interleukin-1 alpha, and cyclooxygenase-2 (COX-2). Phlorotannins in brown algae also inhibit matrix metalloproteinase (MMP) in vitro. MMP inhibitors are thought to have a role in preventing cancer metastasis, osteoarthritis, and wrinkle formation. Brown algae are being used to prevent asthmatic attacks. Brown algae are thought to have anti-inflammatory and anti-allergy effects that might reduce asthma exacerbation. In animal models, administering brown algae extracts appears to decrease experimentally induced airway hyper-responsiveness, matrix metalloproteinase-9 (MMP-9) levels, and inflammatory cytokines. Brown algae constituents appear to have antibacterial and antiviral effects. In vitro, a phloroglucinol derivative contained in brown algae inhibits replication and cell entry of human immunodeficiency virus-1 (HIV-1).

What Are The Side Effects /Adverse Reactions of Brown Algae?

How Brown Algae Interacts With Other Herbs and Supplements?

How Brown Algae Interacts With Drugs?

How Brown Algae Interacts With Foods?

How Brown Algae Interacts With Diseases and Conditions?

What Should Be the Dose/Administration of Brown Algae?

No typical dosage for brown algae.

Brown algae are edible algae usually harvested off the coasts of Japan, Korea, and China.