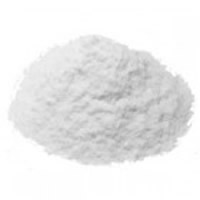 Why Do People Use Graviola?

Likely Unsafe - Soursop is likely unsafe when consumed orally. It can cause certain disorders of movements such as Parkinson’s disease. Neurotoxicity has been observed by the consumption of tea made from the stems or leaves of graviola. Pregnancy and Lactation - The oral consumption of graviola powder is likely unsafe during lactation and pregnancy. Therefore, it is relatively contraindicated in these conditions.

How Effective Is Graviola?

There is lack of authentic information to rate the effectiveness of different preparations of soursop (graviola) including graviola powder.

The applicable parts of soursop are bark, seeds, leaves and fruits. Sometimes these parts are converted into graviola powder for use. Graviola contains several important constituents; acetogenins are one of the most important chemical constituents of graviola powder. As many as 220 types of acetogenins have been identified in this powder. The results of laboratory investigations (in vitro) have shown that acetogenins have activity against species of Leishmania. Soursop contains alkaloids that are toxic to the GABAnergic and dopaminergic neurons even in extremely low concentrations. The chloroform extract is rich in almost all the alkaloids found in graviola. This extract is toxic to dopaminergic neurons of nervous system even at concentrations as low as 10 mcg per ml. Perhaps this is the mechanism responsible for the development of movement disorders seen with the consumption of graviola powder. Soursop is sometimes employed in the treatment of different types of cancers. Acetogenin content of graviola powder is responsible for anti-tumor effects of graviola. The multidrug resistant (MDR) varieties of cancer cells survive by eliminating drugs through pumps that need adenosine triphosphate (ATP) for their proper functioning. Acetogenins in soursop block the production of ATP, thereby inhibit the action of drugs eliminating cellular pumps. This allows the anti-cancer drugs to accumulate within the cancer cells and produce their cytotoxic effects. Certain acetogenins in graviola are directly cytotoxic for cancer cells. The results of laboratory investigations (in vitro studies) have shown that ethanol extract of bark of soursop is effective in inhibiting the activity of Herpes simplex virus 1 (HSV-1) in a concentration as minimal as 1 mg per ml. This extract has not shown to exert any toxic effect on unaffected cells. Moreover, the extracts of bark, root, stem and leaf of graviola, including graviola powder, have shown to exhibit toxic effects against snails in concentrations ranging between 60 to 100 parts per million. This property of soursop might be useful in killing vectors for infections like schistosomiasis.

What Are The Side Effects /Adverse Reactions of Graviola?

Orally, the preparations of soursop, like graviola powder, might be responsible for the development of disorders related to movement and myeloneuropathy. This disorder has symptoms similar to movement disorders like Parkinson’s disease. Drinking tea made from the leaves of graviola has been linked with the development of optic nerve myeloneuropathy.

How Graviola Interacts With Other Herbs and Supplements?

There is lack of authentic information regarding the interaction of graviola powder with different herbs and supplements.

How Graviola Interacts With Drugs?

There is no known interaction of soursop with different drugs. More research is needed in this area.

How Graviola Interacts With Foods?

There is lack of data regarding the interaction of graviola with different food items.

How Graviola Interacts With Lab Tests?

Little is known about the interaction of graviola powder with different lab results. More studies are needed in this regard.

How Graviola Interacts With Diseases and Conditions?

Parkinson’s disease is a disorder of movement characterized by difficulty in movement. This disorder develops due to the relative deficiency of dopamine in the central nervous system. Results of different researches have shown that acetogenins present in soursop are responsible for the destruction of dopaminergic neurons of the nervous system. This produces a situation similar to the deficiency of dopamine. Result of which is inevitably Parkinson’s disease.

What Should Be the Dose/Administration of Graviola?

There is no specific dose of graviola powder. However, do consult with your health care provider before using any dose or any preparation of soursop.

Soursop or Graviola is the fruit obtained from the evergreen tree of Annona muricata. It is a broadleaf, evergreen tree mostly found in Cuba, Caribbean, Mexico and Central America. Different preparations of graviola like graviola powder or graviola tea is used for the treatment of parasitic infections and as a sedative.