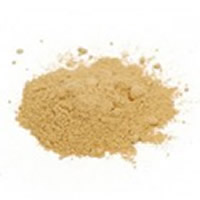 Why Do People Use Hawthorn?

Oral preparations of Crataegus laevigata (Hawthorn), like hawthorn powder, are used for the treatment of cardiovascular conditions including coronary circulation problems, congestive heart failure (CHF), arrhythmias and angina. It is also used to improve the cardiac output reduced by pulmonary or hypertension disease, atherosclerosis, to treat both hypertension and hypotension, Buerger's disease and hyperlipidemia. Hawthorn is also used as an anxiolytic, sedative, astringent, antispasmodic and diuretic, for amenorrhea, gastrointestinal conditions such as enteritis, indigestion, diarrhea, epigastric distention and abdominal pain. This fruit is also used orally to treat acute bacillary dysentery and tapeworm infections. Topically - Hawthorn is also applied to the skin as a poultice for boils, ulcers and sores. Hawthorn preparations are used as a wash for itching, sores and frost bite. In Manufacturing Practices - Hawthorn is commercially used for preparation of candied fruit slices, jelly, jam and wine.

Possibly Safe - Oral and appropriate (short-term) consumption of hawthorn seems safe. Hawthorn preparations are thought to be safe when used for up to 16 weeks. Studies also confirm that hawthorn may apparently be safe for long-term use for past 16 weeks. For other purposes, hawthorn consumption should be avoided because there is scarce and unreliable information available its safety. Avoid in Pregnancy and Lactation - To rate the safety of hawthorn for pregnant and breastfeeding mothers, there is scarce and unreliable information available.

How Effective Is Hawthorn?

The most efficient parts of Crataegus laevigata are its fruit, leaves and flower. The contents responsible for the pharmacological impacts of hawthorn effects include flavonoids, for example, rutin, vitexin, oligomeric proanthocyanidins (OPCs, such as procyanidins and epicatechin) and hyperoside. Cardiotrophic properties of hawthorn are due to its ability to cause phosphodiesterase inhibition and increased membrane permeability for calcium which expands intracellular cAMP. Expanded cAMP prompts expanded coronary blood flow, vasodilation plus positive inotropic activities. Initial experiments suggests that hawthorn also has antiarrhythmic activity. Clinical studies also demonstrate that hawthorn also appears to have hypotensive effects. It appears to result in peripheral vasodilation and endothelium-dependent arterial relaxation. The proantocyanidin content appears to precipitate this impact. According to clinical experiments, hawthorn can decrease low-density lipoprotein (LDL) cholesterol, serum cholesterol and triglycerides. It appears to lower the aggregation of lipids in the aorta and liver. Fruit extract of hawthorn may lower cholesterol by increasing bile acid excretion by enhancing LDL-receptor activity and reducing cholesterol synthesis by the liver. Studies also confirm that this fruit may have antioxidant activity in human being. Animal confirmations propose that hawthorn may have hypoglycemic action in people suffering from diabetes.

What Are The Side Effects /Adverse Reactions of Hawthorn?

Typically there is no severe side effect reported due to oral consumption of hawthorn powder. However dizziness and vertigo are the most common side effects. Hawthorn preparations can lead to gastrointestinal complaints, nausea, sweating, fatigue and a rash on hands. Hawthorn can also cause headache, palpitations, nosebleeds, dyspnea, agitation, sleeplessness and circulatory disturbances. Generally, hawthorn is used for heart failure. However, particular extract of hawthorn (WS 1442, Crataegutt forte, Wilmer Schwabe Pharmaceuticals or HeartCare, Nature's Way) has been shown to enhance the death and hospitalizations because of heart failure. A retrospective safety analysis from a clinical trial in patients with New York Heart Association stages II or III heart failure showed that taking of 450 mg of hawthorn pwoder two time every day taken for up to six months increases the potential risk of death related with hospitalization by 18% and heart failure by 1.7%.

How Hawthorn Interacts With Other Herbs and Supplements?

Supplements and Herbs with Hypotensive Effects - Clinical studies show that hawthorn may have hypotensive effects. Concurrent use of hawthorn with other supplements and herbs that reduces the blood pressure may enhance the hypotension risk. Some of these products include casein peptides, andrographis, coenzyme Q-10, cat's claw, L-arginine, fish oil, stinging nettle, lyceum, theanine and others.

How Hawthorn Interacts With Drugs?

How Hawthorn Interacts With Foods?

How Hawthorn Interacts With Lab Tests?

How Hawthorn Interacts With Diseases and Conditions?

What Should Be the Dose/Administration of Hawthorn?

ORAL To treat heart failure, hawthorn leaves extract plus flower extracts (LI 132, Faros 300, Lichtwer Pharma; WS 1442, Crataegutt forte, Dr. Willmar Schwabe Pharmaceuticals or HeartCare, Nature's Way) should be ingested in a dose of 160 to1800 mg in 2 to 3 equal doses on daily basis. This dosage have been shown to help with some symptoms of heart failure.