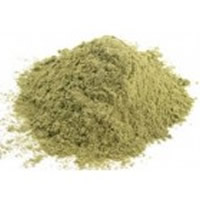 Why Do People Use Mullaca?

Mullaca powder is the main oral preparation of Physalis angulata (Mullaca). Following are the main reasons why people use mullaca: • It is helpful in the treatment of arthritis. • Use of mullaca powder is believed to help patients having gout. • Physalis angulata is also believed to have diuretic effects. Therefore, it is also used for the treatment of conditions pertaining to bladder and kidney. • It is also used as a blood thinner. • It is considered an immunity booster. • Mullaca is believed to have anti-bacterial and anti-viral effects. • Spasms are often treated with the use of mullaca powder.

Nothing can be said about the safety of Physalis angulata (Mullaca) due to the shortage of reliable information. Lactation and Pregnancy - Nursing and pregnant females should avoid the use of mullaca powder because there is lack of information that could support the safety of use of this herb during lactation or pregnancy.

There is lack of reliable information to rate the effectiveness of mullaca powder for any of the above mentioned conditions.

Results of several phtochemical studies have shown that Physalis angulata is quite rich in a variety of biologically active compounds. These compounds include alkaloids, different flavonoids and a large variety of steroids, some of these steroids have never been reported before. The use of mullaca is a subject of on-going clinical research. The results of preliminary data collected through clinical studies have shown that use of mullaca powder improves the function of immune system. Moreover, use of Physalis angulata has also shown to inhibit the growth of several different types of cancer and leukemia cells. Also, mullaca has shown to have potent anti-microbial actions. The novel steroid compounds in mullaca are perhaps responsible for its anti-cancerous, anti-leukemic and anti-tumorous effects. Therefore, these steroids compounds of Physalis angulata have received much attention during clinical research. Different plant chemicals derived from mullaca and mullaca powder include: withaphysanolide, ayanin, withanolide T, chlorogenic acid, physalin A thru K , withanolide D, choline, withangulatin A, ixocarpanolide, withaminimin, myricetin, vamonolide, phygrine , sitosterol, physagulin A thru G, and physangulide.

What Are The Side Effects /Adverse Reactions of Mullaca?

The herbalists from both North and South America depend on the use of mullaca powder for the preparation of a number of anti-viral, anti-bacterial and a wide variety of complementary medicines used for the treatment of cancers and leukemia. Although pure isolated Physalis angulata is not very easily available in the US, but still it is found as a component of countless herbal preparations. Generally it is considered very safe and no serious side effects have been reported so far with the use of mullaca containing products.

How Mullaca Interacts With Other Herbs and Supplements?

There is no reported interaction of mullaca powder with different herbs and supplements.

How Mullaca Interacts With Drugs?

There is no reported interaction of Physalis angulata with different drugs.

How Mullaca Interacts With Foods?

There are no reports about any serious interaction of mullaca powder with food stuff.

How Mullaca Interacts With Lab Tests?

There have been no reports about the interaction of Physalis angulata with different lab results.

How Mullaca Interacts With Diseases and Conditions?

There is no known interaction of mullaca powder with different diseases and conditions.

• Orally, mullaca is used a whole herb infusion one to three times daily. • If used as a tincture (4:1 tincture), 1-2 ml is used at least two times daily. • Mullaca powder, available in the form of tablets and capsules, is used by stirring 4 grams of the powder in water or juices. This preparation can be used twice daily.

Physalis angulata is an herbaceous plant belong to the plant family Solanaceae.