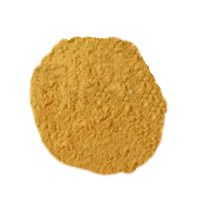 Why Do People Use Bitter Orange?

How Effective Is Bitter Orange?

The most effective part of Citrus arantium are the flower, peel, fruit and leaves. Bitter orange has various active constituents and has several pharmacological impacts; on the other hand, the quantity of every constituent can change depending on the plant part and method of cultivation used. The flavonoid content is higher in the flower parts as compare to its leaves. The flavonoids are also present in the peel. These flavonoids include hesperidin, limonene, naringin, neohesperidin and tangaretin. It also contains synephrine and octopamine. Synephrine is basically like epinephrine. Octopamine is like norepinephrine. There are minimum six isomers of synephrine. Other isomers of synephrine can have somewhat different pharmacological impacts. It is not confirmed which isomer is present in bitter orange. Few references propose that bitter orange contains just p-synephrine. According to other studies it contains just m-synephrine, which is also called phenylephrine. Phenylephrine (m-synephrine) is the alpha-adrenergic agonist utilized as an over-the-counter nasal decongestant (Neosynephrine).

What Are The Side Effects /Adverse Reactions of Bitter Orange?

Octopamine and synephrine are adrenergic agents in bitter orange that may lead to cardiovascular and hypertension toxicity. Synephrine may cause side effects such as seizure, stroke, myocardial infarction (MI) and other serious side effects. Oral consumption of bitter orange has also been associated to a report of ischemic colitis. There is one case report that a 52-year-old woman developed ischemic colitis after ingesting supplements containing bitter orange (NaturalMax Skinny Fast, Nutraceutical Corporation) for a week. However, symptoms resolved within 2 days when she stopped using that supplement.

How Bitter Orange Interacts With Other Herbs and Supplements?

Following are some of the supplement & herbs that may interact with bitter orange powder: • Supplements & Herbs with Stimulant Properties • Panax Ginseng

How Bitter Orange Interacts With Drugs?

Following are some of the drugs that may have capacity to interact with Citrus arantium: • Caffeine • Cytochrome Substrates • Dextromethorphan (Robitussin Dm, Others) • Felodipine (Plendil) • Indinavir (Crixivan) • Midazolam (Versed) • Qt Interval-Prolonging Drugs • Stimulant Drugs

How Bitter Orange Interacts With Foods?

Following are some of the foods which may interact with bitter orange powder: • Caffeine

How Bitter Orange Interacts With Diseases and Conditions?

What Should Be the Dose/Administration of Bitter Orange?

ORAL For weight loss or obesity, 975 mg of bitter orange extract in combination with 528 mg of caffeine and 900 mg of St. John's wort should be consumed on daily basis. Another particular multi ingredient product (Labrada, Charge), containing 150 mg of bitter orange providing 9 mg synephrine, as well as caffeine and number of other constituents should be taken two times every day. However, this product has not been shown to decrease weight. Extract of bitter orange commonly contains from 1.5% - 6% synephrine. TOPICALY In order to cure fungal skin infections, bitter orange oil is applied to the skin once daily for 1 to 3 weeks.