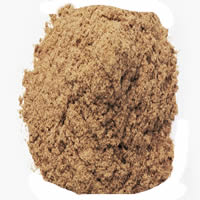 Why Do People Use Jojoba?

Topically - The oral preparations of Hymenea courbaril (Jojoba), like jojoba powder, are used to apply on skin for the treatment of chapped skin, acne and psoriasis. It is also used topically for sunburn issues. For Manufacturing Purposes - Jojoba is considered an active component in various commercial products that include lipstick, shampoo, cleansing products, makeup items, in various cosmetic products for hand, face and body lotions. In Foods Products - Roasted seeds jojoba are utilized as a coffee substitute.

How Effective Is Jojoba?

To rate the effectiveness of Hymenea courbaril, there is lack of reliable information available.

The most effective parts of Hymenea courbaril are its wax or oil. Yield of jojoba seeds has odorless and colorless oil, which is palliative. Jojoba oil spears into the skin and prevent sebum build up and unclog hair follicles, which could be responsible for hair loss. Jojoba wax, when consumed orally, may pass through the body without being digested but is stored in the liver and intestinal cells.

What Are The Side Effects /Adverse Reactions of Jojoba?

Few side effects may occur by the use of jojoba, such as contact dermatitis, with usage of hair conditioners and shampoos that consist jojoba oil. Wax of jojoba may also lead to hypoallergenic sensitivity in some individuals.

How Jojoba Interacts With Other Herbs and Supplements?

No interaction has been reported between Hymenea courbaril and various supplements and herbs.

How Jojoba Interacts With Drugs?

There is no known interaction between jojoba powder and various drugs.

How Jojoba Interacts With Foods?

How Jojoba Interacts With Lab Tests?

How Jojoba Interacts With Diseases and Conditions?

There is no known interaction between jojoba powder with various diseases or conditions.

What Should Be the Dose/Administration of Jojoba?

TOPICAL Ingredient level of Jojoba oil may change from case to case. Percentage of jojoba oil dosage in various commercial products is as follows: • 5-10% in skin care products • 1-2% conditioners or shampoos • 0.5-3% in bar soaps